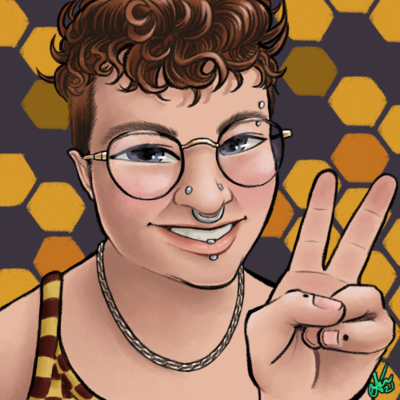 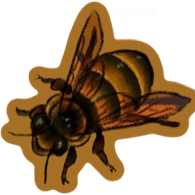 -content warnings can totally be used to shorten/title posts! they don’t have to be for sensitive content

-plz use CWs for posts with possible triggers like alcohol, food, self harm, mental health, drug use, etc- we also cw for eye contact in photos here (ec)

-plz cw your lewd/nsfw content! there are kiddos here as well as sex repulsed folks

it’s also cool to use the sensitive photo feature on lewds/imgs and then put a cw in the text of the post without using a content warning, if you prefer that, like this:

(ps: don’t forget image captions! they become second nature after repetition, and you can also tag @OCRbot to caption images with a lot of text!)

a few other hot tips for new folks:

-give yourself a bio, profile pic, and write a #introduction before hopping into people’s mentions and follow requests, we want to have context!

-don’t be a reply guy: if you reply to every one of someone’s posts w/o them reciprocating, folks are gonna feel smothered. take it easy.

-blocking/muting folks is not something you should feel guilty for! this is your space, protect your energy!

-Cws are great for setting up jokes also. Like perfect format for it. Clicking thru to see the punchline is audience interactivity and makes the joke funnier

@bee Ok an actual serious answer, cws are great also for if you're making something over multiple posts. You can use them like subheadings!

In the common triggers, especially shortened (mh for mental health, ph for physical health, uspol for United States politics, etc), people will modify them with a plus, minus, or tilde. Plus means happy stuff, negative means well negative, tilde is mixed. So good news about physical health might be cw'd as "ph+", etc.

-Don't be afraid to use your blocklists and filters! Mastodon has a robust filtering tool. If you want to avoid specific content or a specific topic, try using those before cussing out other people for not cwing things. There are exceptions to this of course - common triggers and nsfw stuff is often a hard rule of must be cw'd. But for more minor things, try filtering first. Like if people are joking about carp and you're very over it, use a filter. They're pretty great!

-Seriously, be free with the blocks and mutes. It isn't a big social deal. You don't need the equivalent of a callout post to justify it. Mutes are especially useful for people that you find annoying but are ok talking to if they're in a discussion with you. You can also do this to whole instances. And you finding them personally annoying is reason enough!

-The whole different timelines are a little confusing. My advice is to not pay too much attention to federated. Especially don't get too frustrated when people post a lot on the federated timeline - they've got as much right to be there as you. It can be overwhelming to try and keep up with. So... Don't! Lol. Your local timeline is more like your neighborhood instead of an entire city. If you try to keep up with the entire city, it gets overwhelming fast. But saying hello to your neighbors is a lot more doable! Once you find your feet, some folks love looking at the federated timeline. But if you're new, stick to friends and local first until you get into the swing of things. It makes it all so much easier to figure out at first lol

-I have yet to see anything good come out of an instance that features .moe and/or a reference to Lain in there. Ok that's a bit more silly but also yeah. The great thing about this place is it doesn't cost much to run your own instance. The bad thing is... Also that. Some people went here seeking better pastures to do cool things, some got banned from Twitter for being too Nazi shithead. While choosing an instance with good moderation and ethos helps a lot, just be mindful of the company you keep. I wish I could say everyone here you will meet is rad but alas humanity.

-Remember to report bad and nasty shit! You can send the report on to the other person's instance which I also recommend. Mods and admins here actually do things! It's not like yelling into the void like on big sites like Twitter or Instagram where the most you can really hope for is a copy paste reply 2 weeks later. (And if you're on an instance where the turnaround on reports is still that bad... Move instances for sure! Most are passion projects with very dedicated mod teams, which is crucial to a community!)

@bee Thank you for this!!

honey.town is a small hive of 6,001 bees, most of which are in a trenchcoat, and one that's simply buzzing around.